71 year old Harry Davis is one of the millions of people watching the Winter Olympics. Not only does he know what it feels like to compete, but he also knows what it feels like to win. Recently, Davis won the gold at the Senior Games despite having undergone quadruple bypass surgery just one year earlier. Davis, a runner for years turned to cycling after his knees gave out. Cycling 50 miles at a time twice a week, Davis turned to competitive cycling which has now earned him five medals.

Davis' heart trouble started in 2016 during a bike ride. At mile 20 of Davis' typical 50 mile ride he began feeling what he thought was indigestion. He tried to self-treat with antacids but the burning did not go away. That is when he turned to his family physician. After hearing the symptoms and knowing his family history of heart disease, Dr. Peter Pitocchi recommended Davis undergo an EKG, which showed irregularities in his heart. He also recommended Davis see a specialist.

Davis made an appointment with Cardiothoracic Surgeon Dr. Nathan Bates to discuss the results of his EKG. During this time, Davis discovered he had plaque buildup around his heart.

"I've never smoked, always exercised and lived a healthy life but you can't beat genetics. I had no symptoms. I was mowing my grass and doing everything I normally did. Cycling saved my life," said Harry Davis.

Dr. Bates was familiar with the condition. Right away Bates performed quadruple bypass surgery on Davis at Orange Park Medical Center. Quadruple bypass surgery, a surgery where blood vessels are taken from another part of your body to go around, or bypass your blocked arteries reduces your risk for heart attack.

"He was a very lucky man. We caught Harry's condition just in time before he had endured any damage to his heart," said Bates. "Not only did he do very well but he had a quick recovery at the age 71, which is a true testament to his healthy lifestyle."

Bates says Davis' story is a reminder about the importance of keeping up with your annual check-ups and discussing symptoms and family health history with your physician. 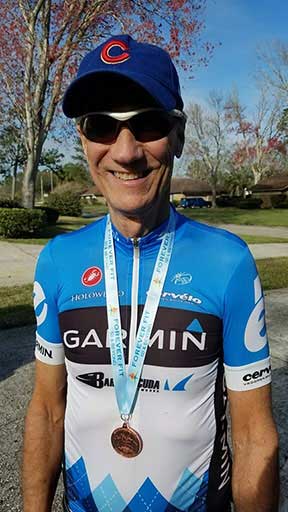 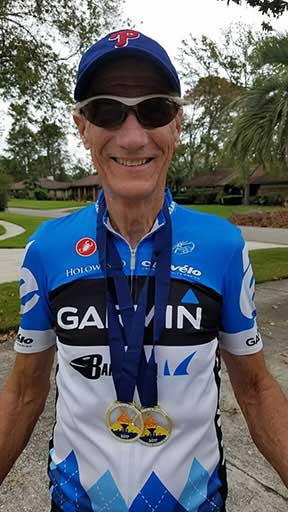 "Quadruple bypass surgery is not the end. I've had my best times since I got my new pipes," said Davis.

Cholesterol plaque buildup on the artery walls and blood clots are the leading cause of death in the U.S. The growth of plaque happens slowly and blocks the blood flow through the arteries creating the risk of sudden rupture causing heart attack or stroke.

Davis wants to share his story to help others recognize symptoms and bring awareness to heart disease.

7 Tips for Eating Healthy on a Teachers Schedule

March 27, 2018 by Tammy Baranowski, MS, RDN, LD/N
Here are some tips to help ensure you get through the week energized, nourished, and in-line with your healthy eating goals.
Previous Post

February 1, 2018
Whether you're a new mom or a seasoned parenting pro, breastfeeding often comes with its fair share of questions. Here are some answers to common...
Next Post
Back to blog home

4 Ways to Protect You and Your Family From Zika

When Should I Stay Home?