Orange Park Medical Center patient and Army Veteran Axel Hansen reminisced with staff as he watched the history channel from his hospital bed on D-Day. Hansen, a paratrooper in the 101st Airborne Division during the Invasion of Normandy shared stories about that day 74 years ago - June 6th, 1944 when he arrived in Normandy, France.

After mistakenly landing 25 miles behind enemy lines, Hansen and his unit survived for four days before being captured as prisoners of war, being held captive for eight months. Years later, Hansen continued to fight for our country in the Korean War where he earned a purple heart and bronze star.

"As a Veteran myself, it was an honor to sit with Mr. Hansen and listen to his real-life stories as we watched history on television," said Reese Edwards, Senior Chaplin at Orange Park Medical Center.

As Hansen continues to recover from a recent surgery at Orange Park Medical Center he wears his 101st Airborne Division hat proud from his hospital bed while he and his family share his heroic stories with all that will listen.

"It was an opportunity of lifetime to meet and visit with Mr. Hansen. It is a great reminder that we do amazing things for amazing people in our community at Orange Park Medical Center and it is a blessing that he and I's paths crossed." 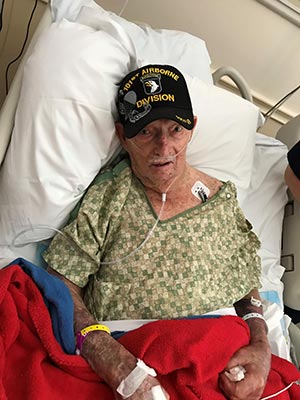 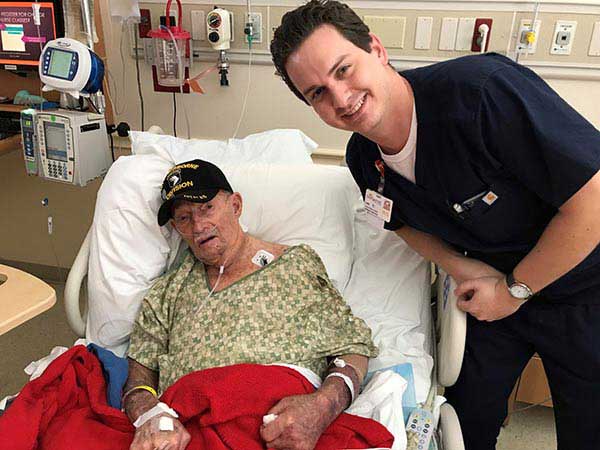