Orange Park, FL., – Orange Park Medical Center is pleased to announce it has elected five new members for its Board of Trustees. Each member has been elected to serve a three year term with the hospital. 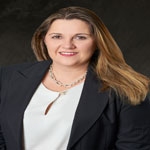 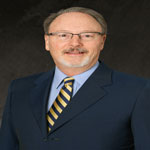 Dr. Powers received his medical degree from the West Virginia School of Osteopathic Medicine (Lewisburg, WVA) and completed his residency in OB/GYN at the University of Florida. He has been in private practice in the Jacksonville area since 1991. He is a Captain in the Navy Reserves and has served for more than 32 years. Dr. Powers currently is the 4th Marines Civil Affairs Group Surgeon and has been deployed worldwide in support of disaster relief, Humanitarian Assistance and in the global War on Terror. In addition to obstetrics and gynecology, his areas of expertise include Urogynecology and Robotic Laparoscopic Surgery. Recently his group joined Women’s Care of Florida with a mission committing to improving lives of women every day. “We are incredibly grateful to have Dr. Walosik and Dr. Powers serving as members of our Board of Trustees,” said Dr. Bradley Shumaker, Chief Medical Officer at Orange Park Medical Center. “They are both strong leaders among our medical staff and true visionaries for healthcare in our community.” 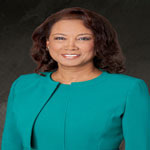 Jennifer Carroll was Florida’s 18th Lieutenant Governor; the first female elected as Lieutenant Governor in Florida and the first African-American elected Statewide. She was a state legislator for over seven years, a small business owner, former Executive Director of Florida Department of Veterans’ Affairs and a Navy veteran. In addition to her duties assisting the Governor with economic development, Carroll oversaw the Florida Department of Military Affairs, Florida Department of Veterans' Affairs, and was Chairperson of Space Florida. She was also the Governor’s Designee on the Florida Defense Support Task Force, and Chairperson on the Governor’s Task Force on Citizen Safety and Protection. 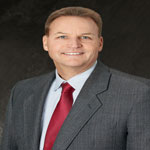 Rear Admiral Scorby entered the Navy as an aviation officer candidate. He received his commission in 1983 and was designated a naval flight officer in 1984. His operational assignments include two tours each with Fleet Air Reconnaissance Squadron (VQ) 2 and Patrol Squadron Special Projects Unit (VPU) 1. Scorby served as the commanding officer of Naval Air Station Jacksonville. His previous flag assignments include commander, Navy Region Southeast and commander, Navy Region Europe, Africa and Southwest Asia. He assumed duties as commander, Navy Region Mid-Atlantic March 10, 2016. Scorby has received a number of personal awards but is most proud of his unit awards because of the teamwork they represent. 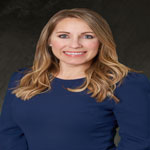 Bridget Roberts brings more than 18 years of experience to the operations, staffing, training and development of leading-edge medical companies to Physicians Group Services. She has effectively directed and supported operations, services and solutions as an account and billing specialist and systems analyst with PCP Financial Services and now currently serves as chief executive officer of Physicians Group Services (PGS). In her role with PGS, Bridget has optimized organizational productivity, reduced staff turnover and discovered cost-saving solutions to operational challenges. Her leadership brings financial growth of PGS and its brands, ultimately increasing the quality of care for patients and providers.

The Orange Park Medical Center Board of Trustees also includes: