Patients are now traveling across the country to Orange Park Medical Center for the specialized treatment of five rare nerve disorders. The treatments, provided by Neurosurgeon Dr. Michael Horowitz, address damage to the cranial nerves within the brain. The treatment is only available at a handful of hospitals throughout the U.S.

The disorders treated include Geniculate Neuralgia, Glossopharyngeal Neuralgia, Hemifacial Spasm, Occipital Neuralgia, and the most common Trigeminal Neuralgia. Symptoms from the disorders vary from excruciating facial pain on one side of the face, deep ear or throat pain, dizziness, hearing loss, weakness, paralysis, and facial twitches.

“Unfortunately, most of the time the cause is unknown. Patients typically spend months visiting doctors and researching their symptoms online before figuring out the cause of their pain,” said Dr. Michael Horowitz, Neurosurgeon at Orange Park Medical Center and First Coast Neurosurgery. “Because cranial nerve disorders are often difficult to treat, we incorporate a wide range of therapies and surgeries to identify the most effective treatment for patients.”

Rita Korody’s journey was just that. At the age of 58, Rita began experiencing throbbing pain and burning in her throat. Eventually, she lost the ability to swallow solid foods. After losing 35 pounds, two ENT doctors, and trying multiple medications, Rita found herself hopeless. 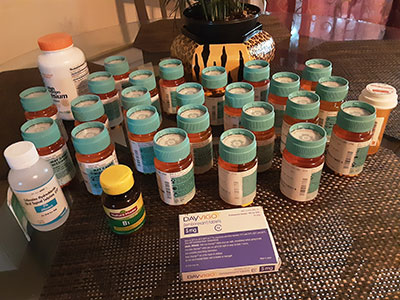 “I was living with severe anxiety and pain like no other. I couldn’t believe a human could go through that much pain and survive it,” said Rita Korody. “It was a painful road and very scary. I didn’t think I was going to survive.”

Once Rita received her diagnosis of Glossopharyngeal Neuralgia (GLN), a disorder that causes severe deep throat pain due to a small blood vessel that presses on the nerves as blood exits the brainstem, she was on a mission to find help. Through a Facebook support group, Rita was given Dr. Horowitz’s name and she began researching online.

“Right then, I decided he would be the one to heal me. I was totally amazed that he was located in Florida. I thought I was going to have to go to New York or California to get this kind of treatment. He was only 4-hours away from me.” Rita traveled to Orange Park from Tarpon Springs to undergo a procedure that instantly relieved her symptoms. Her three-year journey came to an end.

“It was a huge success for me,” said Rita. “I’m done with it and I am ready to get my old life back.” While she is early on in her recovery, Rita looks forward to boating, gardening and socializing with family and friends again soon. 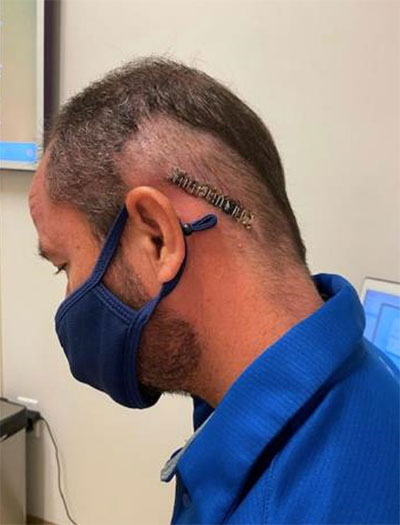 Similar to Rita, Steve Dorsett traveled to Orange Park from Alabama to receive treatment for both Trigeminal Neuralgia and Geniculate Neuralgia. “You’re just trying to survive. You have to force yourself to eat,” said Steve when describing what it was like to live with the conditions. “It’s known as the suicide disease.” After the procedure, Steve experienced instant relief. “It was amazing. The fact that I can now order a hamburger and sit down and enjoy it is a miracle.”